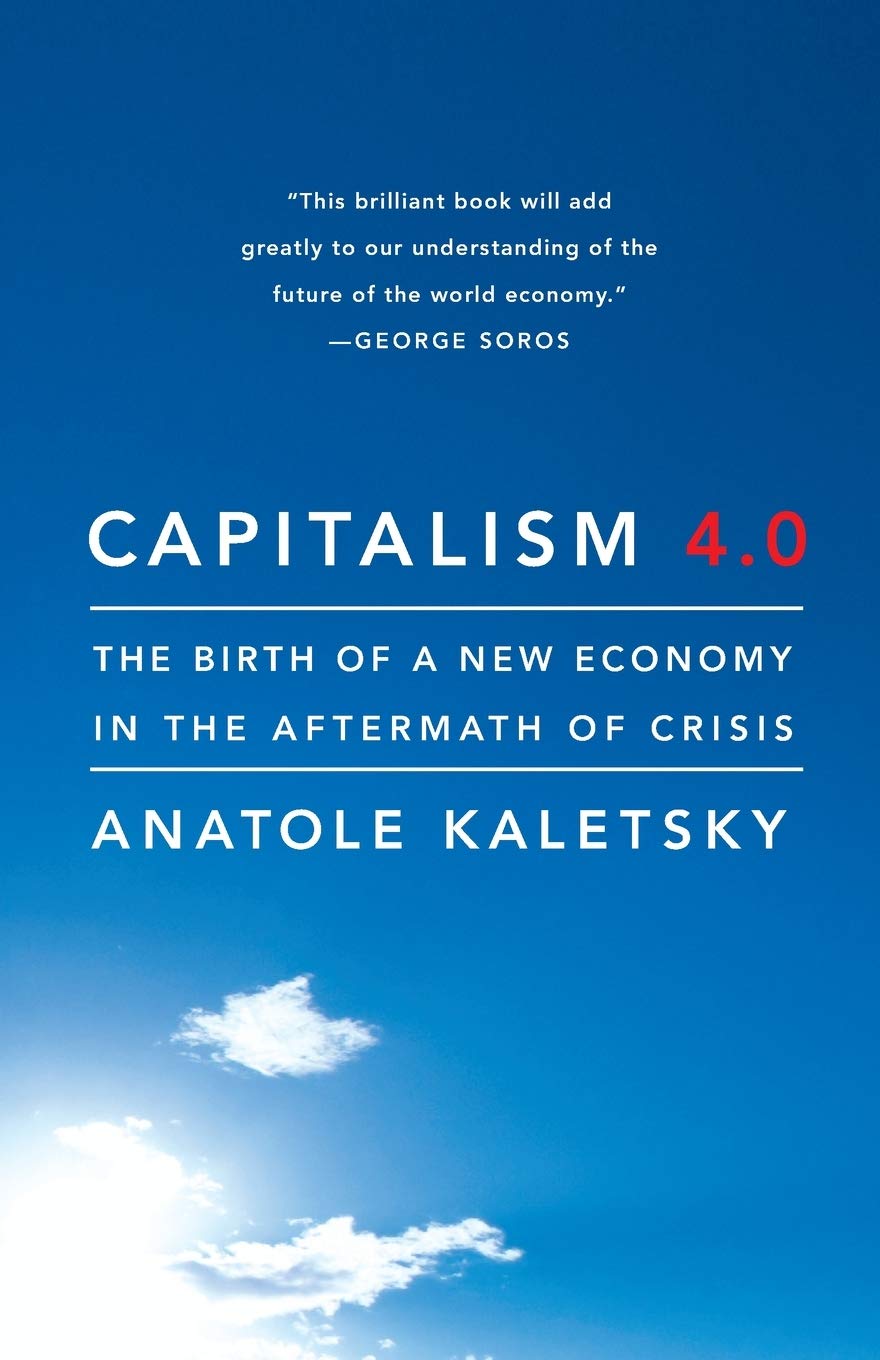 Capitalism 4.0: The Birth of a New Economy in the Aftermath of Crisis

Capitalism 4.0: The Birth Of a New Economy In the Aftermath Of Crisis

The world did not end. Despite all the forebodings of disaster in the 2007-09 financial crisis, the riots, soup kitchens, and bankruptcies did not materialise–and no one any longer expects the global capitalist system to "collapse", whatever that emotive word may mean. Yet the capitalist system's survival does not imply that the pre-crisis faith in the wisdom of financial markets and the efficiency of free enterprise will ever again be what it was before the bankruptcy of Lehman Brothers on 15 September 2008. What, then, will replace the global capitalism that crumbled in the autumn of 2008? The answer is–global capitalism, but of a new kind.

The traumatic events of 2007-09 have neither destroyed nor diminished the fundamental human urges that have always powered the capitalist system–ambition, initiative, individualism, the competitive spirit, etc. But these natural human qualities are already being redirected to create a new version of the capitalist that will ultimately be more successful and productive than the one that collapsed in 2008.

Rather than blaming greedy bankers, incompetent regulators or gullible homeowners, the meltdown in the global financial system needs to be put into historical and ideological perspective. Capitalism is an adaptive system that evolves in response to a changing environment. Once we recognise that capitalism is not a static set of institutions, but an evolutionary system that reinvents itself through crises, we can see the events of 2007-09 in a new light: as the fourth systemic transformation of capitalism, comparable to the transformations that followed the inflationary crisis of the 1970s, the Great Depression of the 1930s, and the Napoleonic Wars of 1803–15. The emerging politico-economic system can therefore be described as "Capitalism 4.0".

If America and Europe fail to show the ideological flexibility required to make the new model of capitalism more successful than the old one, the political economy of the coming decades will be shaped more by China's state-led capitalism than Western democracy. If, however, the rising generation of American, European and Asian politicians and business leaders recognise that changes are inevitable in both market and state fundamentalist thinking, then a mutually beneficial balance should soon be re-established in the politico-economic dynamics of emerging economies and advanced capitalist nations.